The region between China, India, Australia, and the Pacific Ocean is known as Southeast Asia. Southeast Asia includes countries with political boundaries creating many shapes and sizes. The political borders were created through a combination of factors, including natural features, traditional tribal distinctions, colonial claims, and political agreements. The realm also has the fourth-most populous country in the world, Indonesia. Southeast Asia is a region of peninsulas and islands. The only landlocked country is the rural and remote country of Laos, which borders China, Vietnam, and Thailand. The physical geography of Southeast Asia includes beaches, bays, inlets, and gulfs. The thousands of islands and remote places allow refuge for a wide variety of cultural groups and provide havens for rebellious insurgents, modern-day pirates, and local inhabitants.

Southeast Asia can be divided into two geographic regions. The mainland portion, which is connected to India and China, extends south into what has been called the Indochina Peninsula or Indochina, a name given to the region by France. This mainland region consists of the countries of Vietnam, Laos, Cambodia, Thailand, and Myanmar (Burma). This region has been influenced historically by India and China. The islands or insular regionThe region consisting of the islands of Southeast Asia—Brunei, East Timor, Indonesia, Malaysia, Philippines, and Singapore. to the south and east consist of nations surrounded by water. The countries in this region include Malaysia, Singapore, Brunei, Indonesia, East Timor, and the Philippines.

Figure 11.1 Southeast Asia: The Mainland Region and the Insular Region (the Islands) 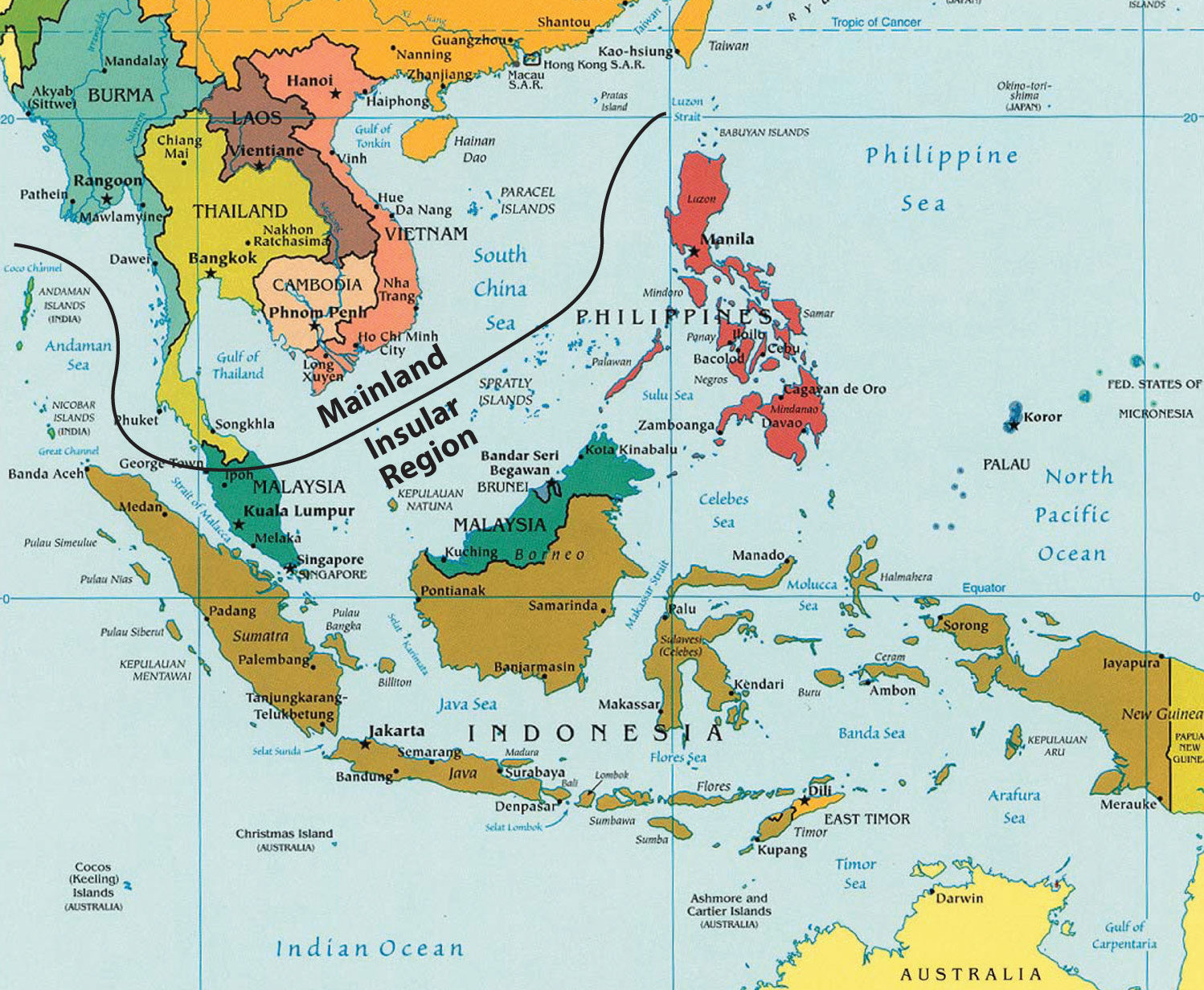