Delhi: Present and past

Delhi, the capital of India, has a very long history, since ancient times all the way up to modern days. Mentions of Delhi are present even in the holy scriptures of Hinduism. Different rulers, indigenous people and foreigners played significant roles in shaping the cultural landscape of Delhi during different times in history. 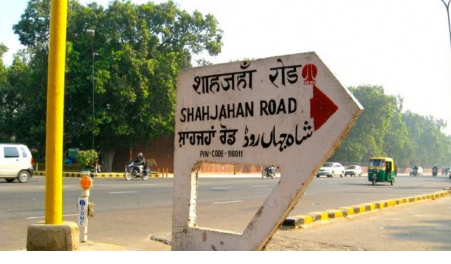 Delhi is believed to be Indraprastha, the capital city of the Pandavas during the Mahabharata times. According to historians, from the 3rd century BC until the 12th century Delhi was ruled by different Hindu dynasties. From the 13th century until the arrival of the Britishers, Delhi saw the Muslim rule of different sultanates followed by more than 300 years of the Mughal dynasty. From early in the 19th century, Britishers, under the flag of the East India Company, captured Delhi. After the failed Sepoy Mutiny of 1857 against the East India Company, Delhi, along with other territories of the company, came under the direct rule of Queen Victoria, commonly known as the British Raj. Since independence in 1947, Delhi has developed into a modern capital city while at the same time keeping its historical and cultural heritage intact.

Old Delhi is a reflection of the Muslim heritage of India. Lal Qila, Jama Masjid Mosque, Humayun’s Tomb and others are typical buildings of the fine Mughal style architecture. The British Raj added to the architectural landscape of Delhi with typical English style constructions for market places, like Connaught Place, and administrative buildings, such as the Central Secretariat Building, Parliament House, Rashtrapati Bhavan, etc.

The majority of the Delhi population are Hindi speakers, but the city is multilingual. The Muslim heritage is linguistically represented by Urdu. After the partition of India in 1947, Delhi was flooded by refugees from western Punjab (now in Pakistan). These refugees added another color to the linguistic landscape of the city by making Punjabi another language of Delhi. The administrative language of the British Raj was English, which stayed on as the language of bureaucracy later in independent India. This multilingual culture of Delhi is often visible on signboards of names of places and streets; Hindi (Devanagari), English (Roman), Urdu (Perso-Arabic) and in Punjabi (Gurumukhi). Below is one such example:

Select two places you like the most and make a presentation on them.